Get ready to be astounded by the seemingly endless amount of impressions from master impressionist, James Stephens III. From Chris Rock to Ronald Reagan, James can do it all! Watch as he dazzles audiences with his musical, comedy, and impression talents all in one show. James Stephens III has also appeared on HBO, The Tonight Show, Showtime, and many other national shows.

from The Man of a Thousand Voices
The Asher Theatre is Myrtle Beach's newest venue to the entertainment scene. We're an upscale theatre that brings Vegas and New York city acts to the Grand Strand in a family-oriented, hip, cultural, and exciting theatre setting.

Our feature act is none other than the widely-acclaimed impressionist, comedian, and musician - James Stephens III. Stephens’ feature show, The Man of A Thousand Voices” is the ultimate family show – his talent reminds us of the days of Sinatra, Martin, and Davis and Lewis. His spot-on impressions of Bernie Mac, Bill Cosby, Chris Rock, Elvis, Michael Jackson, Bill Clinton, and Ronald Reagan are second to none. Whether doing a singing impression of Nat King Cole or a rap impression of Little Wayne, James is the ultimate performer. He's been called one of the funniest comedians of our times by the editor of Time magazine. Not only a regular headliner on all the major cruise lines, but he has also graced the halls of Carnegie Hall and the Grand Ole Opry. He's performed around the world. He was the first African-American entertainer to perform in Amsterdam and in London at Lewisham as well as the Hackney Theater. He’s headlined in Scotland, made appearances on London’s BBC and performed at the prestigious Edinborough Festival.

In the US Stephens has starred on several TV shows and done standup appearances on ABC, NBC, CBS as well as Comedy Central, HBO, Showtime, and MTV.

He's worked with Jennifer Aniston, Will Ferrell, Steve Carrell, Chris Rock, Garth Brooks, Patti Labelle, Aretha Franklin, Joe Rogan, George Lopez, Jerry Seinfeld, and others. His quick wit and Improv skills make every show different. One moment he's Kermit the frog and another Kevin Hart. His impression of Snoop Dog doing country and western is absolutely hilarious. If that's not enough, he sits at the piano and plays classical music and in a split-second, he’s doing impressions of Pharrell, Bruno Mars, and John Legend and Lionel Ritchie. James’ cross-over appeal transcends all races, gender, ethnicity or creed. Stephens' tailors each show to his specific audience so everyone leaves entertained. 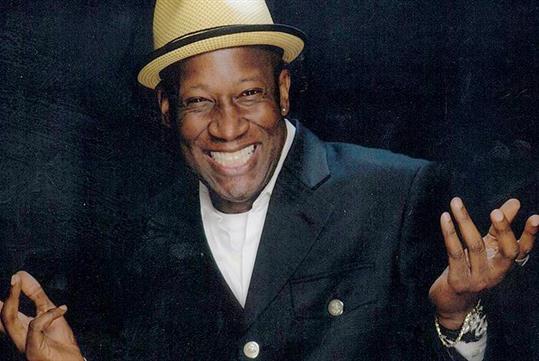 View Map
Back to Top

Frequently Asked Questions about The Man of a Thousand Voices

Is this a family-friendly show?
Yes.

Does the theater have parking?
Yes. Ample self-parking spaces are available for guests.

When should I arrive for the show?
It is recommended that audiences arrive at least 15 minutes prior to showtime to find their seats.
Back to Top

We accept a variety of payment methods for your convenience:

We are here to help:

Don’t take any chances with your trip. Whether you need assistance booking, helpful details for you to be prepared, or need to make a change, our knowledgeable and helpful customer support team is prepared to assist you.

By Phone: 1-877-422-4132
8 AM to 5 PM Central Time 7 days a week
Email Us:
customerservice@tripster.com
Have General Questions? You can view our FAQs for possible quick answers.